I haven't really been able to find any accounts of people trying to grow mushrooms just to look at, so I thought I'd try it myself. I'm plan on updating this page whenever I work on this.

Growing ornamental mushrooms indoors seems to generally be considered a bad idea (probably for good reasons) but it just seems crazy to me that I can't find anyone talking about trying it! 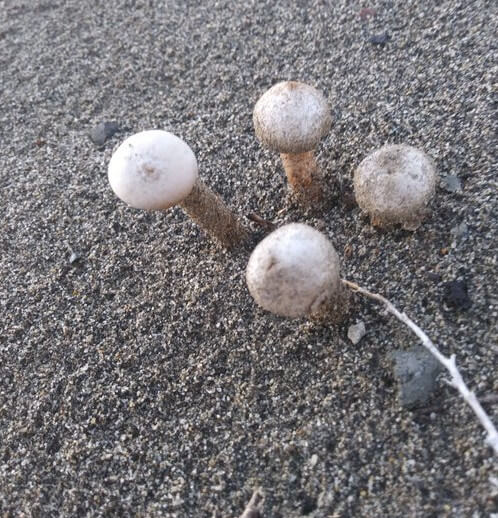 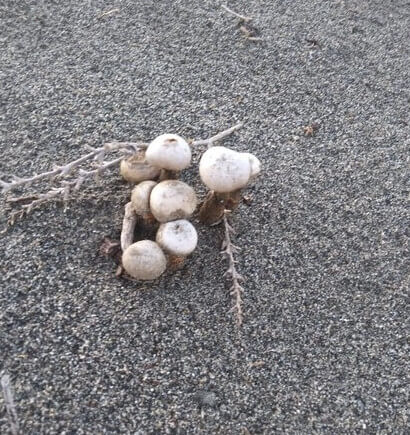 I ended up taking one of these mushrooms to try and grow in my house. I've never grown mushrooms, all the advice I've seens says this is a bad idea, and I don't even know what species these are, but I mean, the worst that can happen is I end up growing some mold instead. I put a little paper cup over the mushroom to keep the spores from getting all over the guard shack lol. 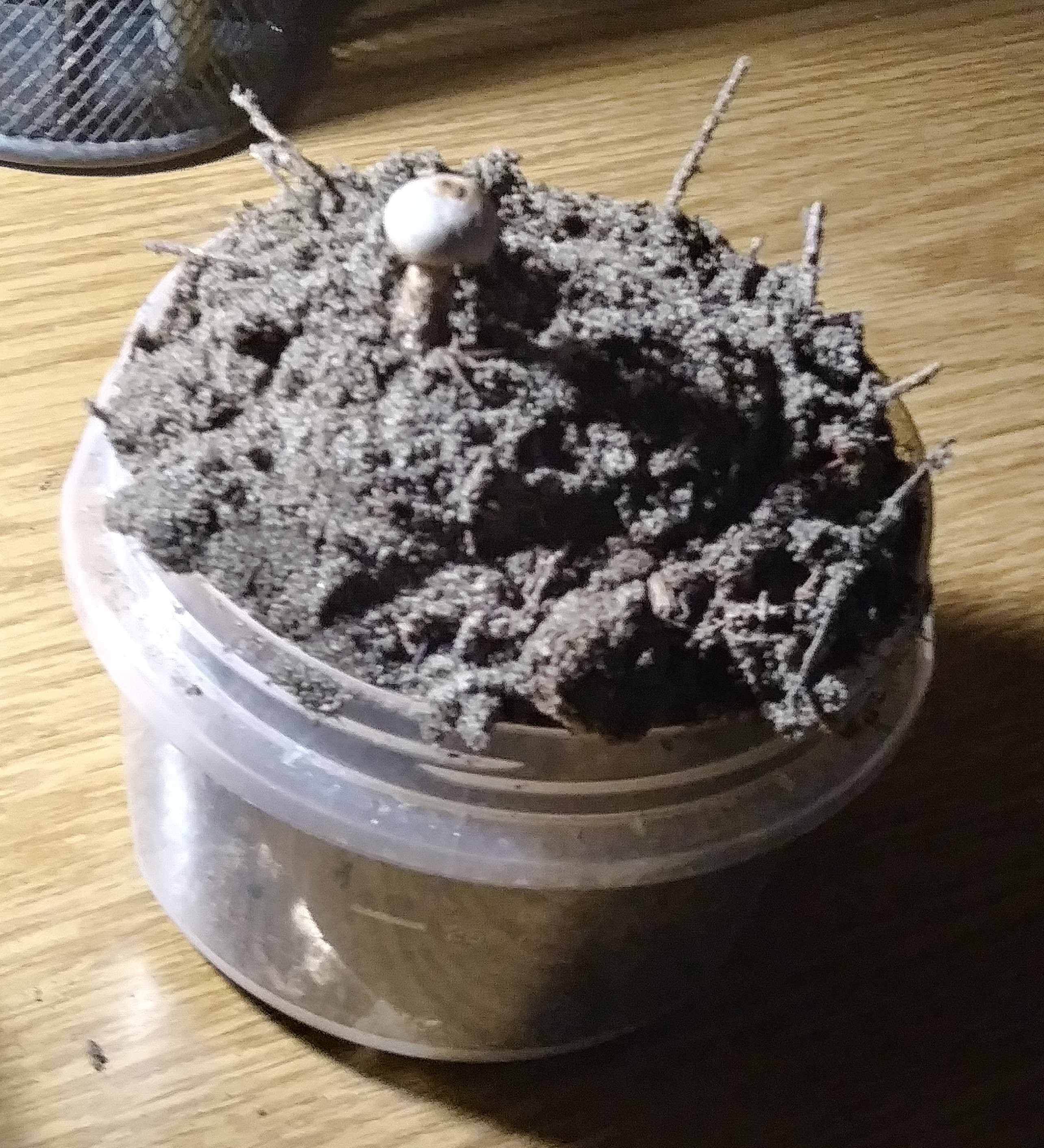 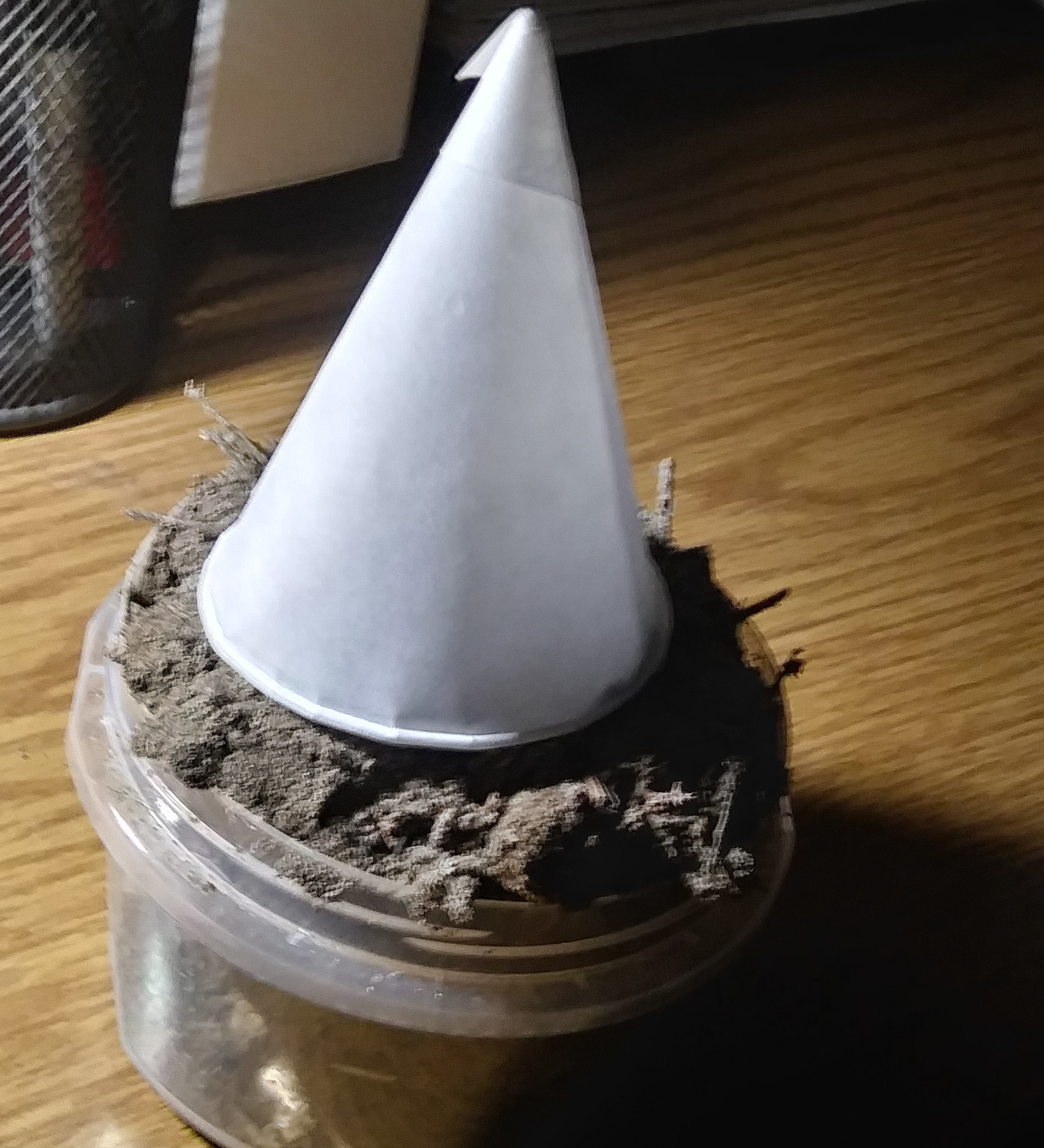 I'm not sure what mushroom growing advice to follow. There's some information on growing edible puffballs, but these mushrooms are completely different. I'm gonna use some soil from around the area that I found them, and I'm gonna water them less than most mushrooms. I don't think I'm likely to actually grow anything, given how little I know what I'm doing. If I do manage to get fruiting bodies, I plan on putting a glass jar around them to keep the spores from spreading around.

Putting the spores in the dirt

I boiled a jar to disinfect it, and I mixed the soil with some cofee grounds and pastuerized it in the oven. 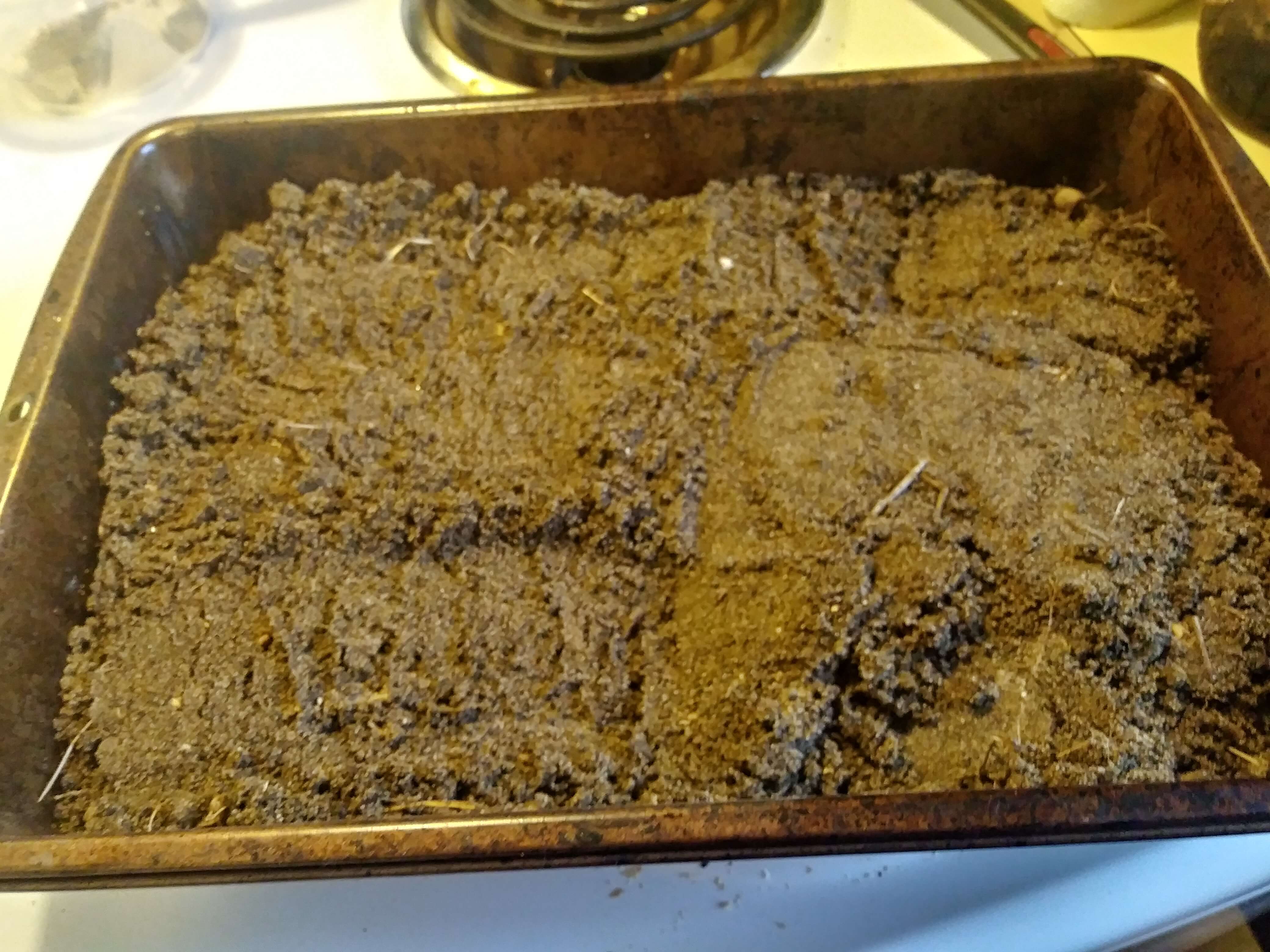 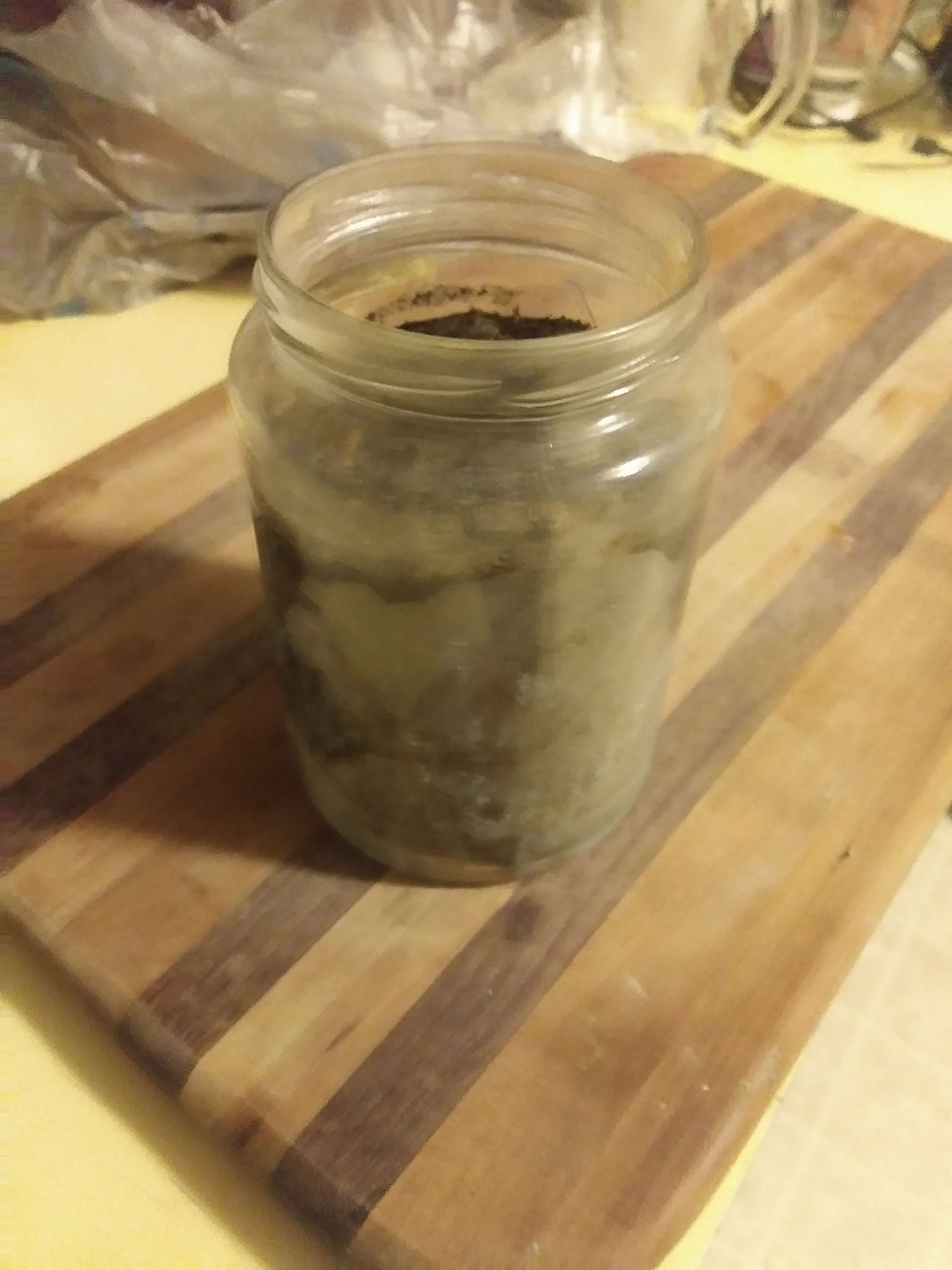 I'm not being that careful about keeping things clean, but it seemed like sterilizing the soil was a must. I just kind of mixed the mushroom caps full of spores into the dirt afterwords, and watered it a bit. Might work, might not, but I'm excited to see what happens. I'm gonna name the jar something, I don't know what yet though.